We had demonstrations and some mini-lessons on traditional Cambodian musical instruments at the Royal University of Fine Arts (RUFA). 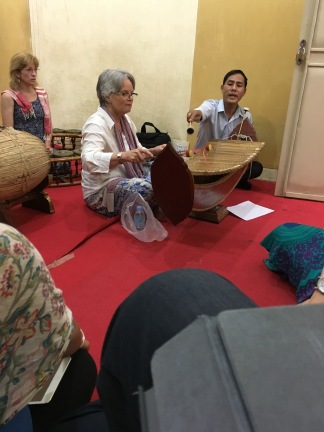 We then visited the National Institute of Education (NIE). The director, Im Koch, told us that it was founded in 1914, and closed only during the Khmer Rouge era, 1975-1979. He mentioned that they need books for their library. Any donations can be sent to the director. I was able to go to a classroom and meet with some of the pre-service English teachers and their trainers and see some of the textbooks that they use. I also learned that since 1997, the series, English for Cambodians, has been used in the public schools. Most of the teachers would like to study in the U.S. I gave those I spoke with my contact information. We also suggested watching the U.S.embassy’s web site for information and opportunities. 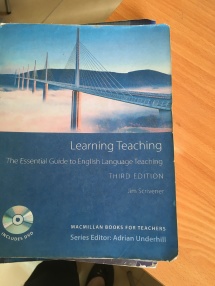 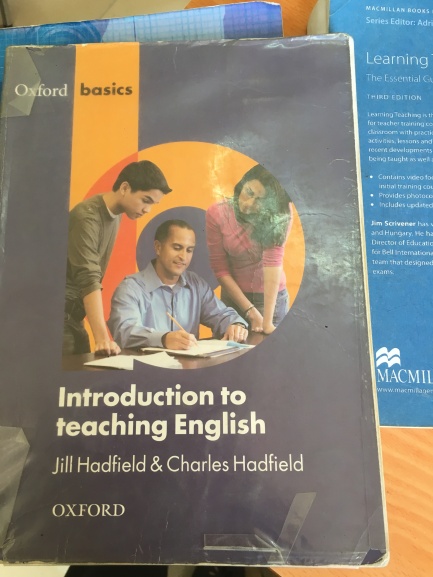 That evening, we had a memorable time at the house of Curriculum Specialist Phala Chea’s Uncle Bunleng. One of the guests was the Cambodian composer, Him Sophy. He played piano as we sang the song, “Arapiya.” 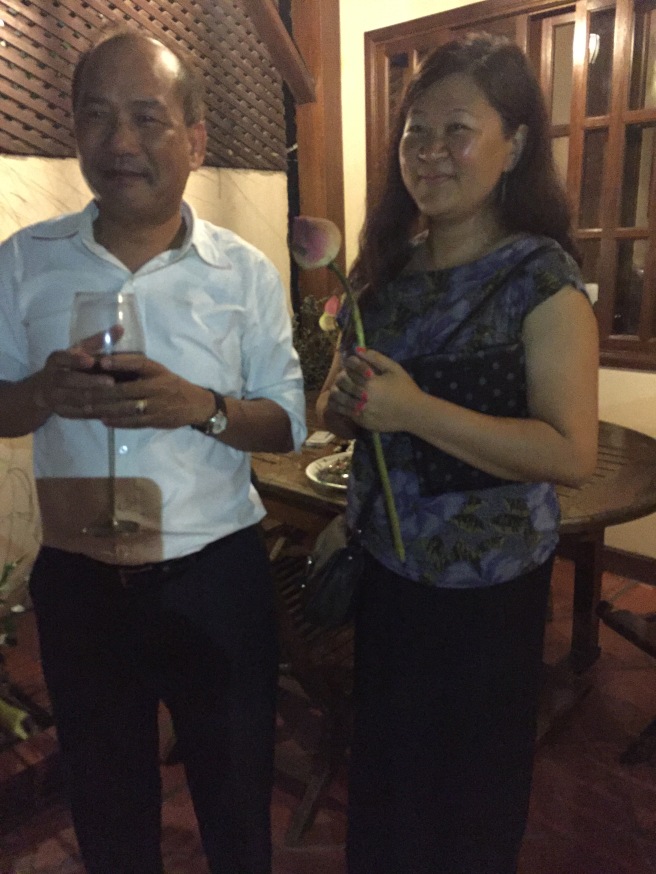